Big Data : The next frontier 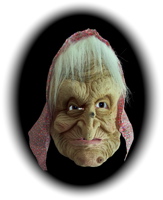 BIG DATA :THE NEXT FRONTIER FOR INNOVATION, COMPETITION AND PRODUCTIVITY

Health Care Reforms : In the Witch Doctor’s opinion this document is very relevant to some of the thinking behind the proposed UK Health and Social Care Reforms. It was released this month by McKinsey Global Institute but it won’t let me cut and paste an extract. However, part of it covers US and global healthcare, and the perceived importance of data-mining of healthcare information to the economy. It makes an interesting read and illustrates one of the reasons why the WD does not think the “listening period” or Professor Steve Field’s comments in yesterday’s Guardian will result in an about turn.

Our findings are reassuring neither to the Union nor to our citizens: a global economic crisis; States coming to the rescue of banks; ageing populations threatening the competitiveness of our economies and the sustainability of our social models; downward pressure on costs and wages; the challenges of climate change and increasing energy dependence; and the Eastward shift in the global distribution of production and savings. And on top of this, the threats of terrorism, organised crime and the proliferation of weapons of mass destruction hang over us.

Will the EU be able to maintain and increase its level of prosperity in this changing world? Will it be able to promote and defend Europe’s values and interests?

Our answer is positive. The EU can be an agent of change in the world, a trend-setter, and not just a passive witness. But this will only be possible if we work together; the challenges ahead are too large for any European country to address on their own. Our ability to influence developments beyond our borders will in turn depend on our capacity to secure solid growth and internal cohesion within the Union. This is the conclusion reached by our Reflection Group, following intensive deliberations and consultations with numerous experts and institutions.

All our members agree on one fundamental issue: Europe is currently at a turning point in its history. We will only overcome the challenges which lie ahead if all of us – politicians, citizens, employers and employees – are able to pull together with a new common purpose defined by the needs of the current age. 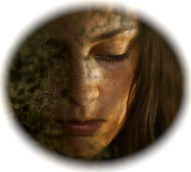 CENTRE FOR LONGITUDINAL STUDIES – NOW WE ARE 50 REPORT PUBLISHED

The publication provides a summary of 50 years of social change in Britain and explains how the study’s many findings have helped to shape decision-making in policy areas such as education, employment, housing and health.” 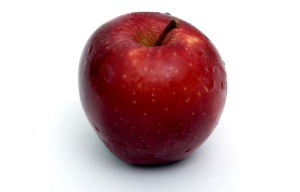 Centre for Longitudinal Studies, Futures, Now we are 50 |

The opinions reflect an extraordinary interpretation of presidential power used by the Bush White House to justify executive actions (some used, and some not), including use of military force within the US to combat terrorism, wiretapping domestic internet and telephone calls without a warrant, ignoring international treaties, and detaining US citizens suspected of terrorism.

Some of the Bush administration’s sweeping claims of executive privileges had been previously known, but the opinions shed new light on the legal grounds which the White House justified giving the president unilateral power over terror suspects.”

“The opinions addressed herein were issued in the wake of the atrocities of 9/11, when policy makers, fearing that additional catastrophic terrorist attacks were imminent, strived to employ all lawful means to protect the nation. In the months following 9/11, attorneys in the Office of legal counsel and in the Intelligence community confronted novwl and complex legal questions in a itme of grea danger and under extraordiary time pressure. Perhaps reflecting this context, several of te opinions identified below do not adress specific and concrete policy proposals, but rather address in general terms the broad contours of legal issues potentially raised in the uncertain aftermath of the 9/11 attacks. Thus, several of these opinions represent a departure from this Office’s preferred practice of rendering formal opinions addressed tp particular policy proposals and not undertaking a general survey of a braod area of the law or adressing general or amorphous hypothetical scenarios involving questions of law.”

MANIFESTOS FOR THE NEXT GENERATION OF NORTHERN EUROPEAN CITIES

“What kind of places do Europe’s northern cities want to be as they look forward to 2020? Can they tell a distinctive story of optimism, inclusiveness and imagination?

Glasgow as a city is often pulled south- by comparison, competition and control- to Edinburgh, Manchester and London. But what if Glasgow chose to look north and east instead? Might its Nordic neighbours provide a better ‘urban peer group’ for Glasgow to exchange ideas, learn and collaborate?”

“Glasgow 2020 is a project to collect together the imagination of the city to tell a new story about its future. This site is a place to read and submit stories, make wishes and check out events about the future of Glasgow. What’s your story?”

“A Force For Change is based on Demos’s experience over two years in guiding groups of senior police officers through a ‘futures thinking’ exercise, using four scenarios designed to help them think about the strategic context for policing in 2020. Based on interviews with over 150 senior police officers, the report argues that reform of the police force must be ‘future proof’.

It proposes that, instead of the incremental change being envisaged, the 43 police forces in England and Wales should be scrapped and replaced with no more than a dozen regional forces. The report’s authors also propose that police authorities should be abolished and replaced by more democratic forms of control, modelled on the management structures used for SureStart and Foundation Hospitals.”

DEMOS 2050 – THE FUTURE OF EVERYTHING

“Here are some of the things we’ve already done or are about to do:

* Picture This! – a futures tool we’ve used to help organisations look at where they go next with education. Partners have included Kent and Clackmannanshire councils.

* The programme for talented Labour councillors – a training porgramme for local politicians based on scenario techniques.

* The future of recruitment – how will people look for work in 15 years time?”

The Witch Doctor’s Aide Memoire
Create a free website or blog at WordPress.com.